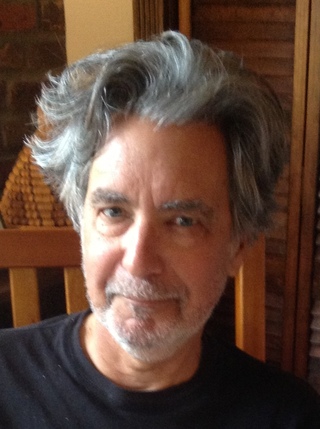 Reading and travel — twin vectors of escape — have formed me as a writer by exciting a love of strangeness and an impatience with exclusive concepts (adult/child, male/female, human/animal) and proprietary domains (realism/fantasy, serious fiction/genre fiction). I have always written to readers as a reader.

My first book, the novel The Crimson Bears, grew out a bedtime story I was telling my son Paul. It is rooted in my love of foreign cities and of animal stories, to both of which I was introduced very young by my father. He took me to Europe for three years when I was two, in 1949, and his farm in Rhode Island offered me a pool full of frogs and a library full of illustrated books. When at nine, after his death, I was sent to boarding school in Switzerland, fear and loss sharpened my thinking about adaptation to difference, a theme that pervades two recent texts, my novel Zuntig, the most recent of my books to appear in print, and 2 Chameleons. This text is a memoir of a year (1997-8) spent in Chefchaouen and Essaouira, Morocco, with my wife, the writer Wendy Walker and juxtaposes the trajectory of our experience in a foreign world with the lives (and deaths) of two chameleons given into our care — the realest animal story I have ever written.

Books supported me through the tedium of boarding school and vacations at home, where I went directly from playing with cars and trucks to writing extended stories that grew out of a fantasy landscapes sculpted in a sandpile. Reading and writing became the center of my life at Harvard College, where I studied English and wrote for THE HARVARD LAMPOON. At Princeton, where I took a doctorate in English, I discovered medieval English and French literature and turned to these texts to renew them. Fascinated by allegory, I tried to catch the equivocal sexiness of Old French fabliaux and beast-fables in my collection of tales, Terror of Earth.

At the same time that I was reading the poems of Rumi, a master-class in poetic drama, offered by the playwright and performance artist Fiona Templeton, inspired the first piece, “Wood Well,” of what became a full-length play, Night & Silence, my version of Shakespeare’s comedy A Midsummer Night’s Dream. This text deploys singing, instrumental music, puppetry, dance, projections onto steam, as well as dialogue, to dramatize the tension between an author (Bottom) who uses language and dramaturgy as weapons to command the text and the forces (forest and fairies) who escape his structures and lead him to “the poem behind the poem.”

I wasn’t able to finish Night & Silence till the year in Morocco, when I took a leave of absence from my career as a teacher of literature and grammar (I am the co-author of Usage, a workbook on English usage), a career that has both fed my work by keeping me in touch with fundamental questions about reading and writing and thwarted it by claiming my time and attention. Listening to how people speak to one another in Morocco, where speech is functional within a dialogue, I matched my experience to what I had been reading in the works of Bakhtin and was able to imagine a dialogic speech that resolved the play. An invitation that same year to lecture on the current state of fiction in the U.S. at the University of La Laguna in Tenerife, Canary Islands, gave me an occasion for thinking about fiction-writing in a focused way; the result was an essay, “Readerly Writing.”

The Moroccan landscape, physical and cultural, impressed itself so strongly on my imagination that it has remained my principal “world.” It informs both a libretto Talking to the Earthquake, and the The Enchantments, a series of novels I have just completed, whose first volume, The Broken House, had just been published. Wendy and I have traveled in Mexico – the Yucatán, Oaxaca, the Bajío – with a view to settling there for at least part of the year. The cold part. The place we wound up, for five winters, was actually Antigua, Guatemala. Now we’re in Brooklyn, with trips here and there, and we're meeting new people all the time; so the world is growing larger, finally.

From a memoir of Morocco

"The Rooms," Chapter 1 of 2 Chameleons

They were two and came to live in rooms at the top of a house built at the edge of a city built on the coast of the country not theirs; they were strangers. The ocean was not theirs either. They could see it crawl in to shore, except when a squall threw it at their windows, and then all objects vanished in salty blur. Waking, they found water on the floor and pushed it out onto a terrace where it slid across red tiles to a hole. Leaning over the rail, they saw it spout from the house-wall (which was also the city ramparts), dropping in thick spray on a weedy lot.

The lot was crisscrossed by the foundations of an old barracks, dating from the time when the French had protected this country – but from what? Its own worst impulses, perhaps, it had no external enemies. The barracks had been razed after independence. The lot was called le jardin because there might once have been a public garden there, or the intention to make one. Even now there was talk of using a corner of it for a playground. Here on pleasant days women stooped to cull herbs, and men without proper homes slept in the sun or searched their bodies for lice, or they spread out to dry the clothes they had laundered in the public fountain. Or else gathered to drink alcohol and sing beneath a palm-tree, or smoked cigarettes, or undid their trousers and shat. The God had a house on one side of the Jardin, with a tall, weather-beaten tower to mark it, and from this tower His spokesman would chant the call to prayer, after first blowing into the microphone. Then some of the older men would prostrate themselves amid the weeds and herbs. In the mornings, before the people arrived, a white cattle egret pranced around the Jardin, stabbing at things to eat, or floated off into the air trailing legs. Some hawks, dusty and red-winged, who liked to perch on the tower of the God’s house, also took an interest in what moved through the stalks, as they wheeled overhead and sometimes suddenly dropped.

The rooms were light and airy, uncommonly so in a town famous for glooms and damps. Most houses were built around a courtyard with all rooms looking inward through colored panes. Round pillars supported galleries on the upper stories. But in this house the outer wall was the ramparts, and the house was built up above it on the other three sides to make a granary that had later been converted into rentable rooms. So their windows looked out to the Jardin and the ocean. When storms were not forcing the ocean in around the windows–and this was rare–the sun entered and warmed the dance of flies: bluebottles and greenbottles, silent fruitflies and red-eyed horseflies. The breeze entered, scented sometimes with woodsmoke from the fires that heated water for the public showers and the public oven one street away, or with the incense burnt to bring a reminder of paradise into squalor, or with the smell of the landlord’s cigarette from the next floor down. But usually it smelt simply of sea air and heat.

The rooms turned their back on the town. Sky, water, weeds, a half dozen palm trees, and a beachside restaurant out beyond the boulevard: these were what the two strangers saw. On the boulevard trucks and buses noiselessly scattered cyclists and mule-carts and emitted black exhaust that the offshore wind blew out to sea. The two liked to feel away from and even above people, for they were tired of people. The rooms were quiet with the quiet of the sea, the continuous roar of waves breaking around the curve of the bay, a sound more monotonous than lulling. But easy to forget; so that the rooms could be said, in postcards home, to be quiet, till the banging started in the house next door. It was such a concentrated banging that they thought it must soon cease, but it went on for two months. They would have liked to complain, but they learned that their neighbor, in whose house the banging was being perpetrated, was the president of the municipal council, celebrating his election by having his whole house done over by municipal workers at the public expense.

But where is there not banging? People like to bang. The two put up with it, and gradually the racket receded deeper and deeper into the President’s house.

They were Madnoos and Qasbur. Qasbur liked to shop in the market and prepare their meals in the narrow kitchen, a tiled sink and a counter where perched the camping stove that drew butane gas from a red iron bottle. He lit the burners with a spark-producing tool, threw foodstuffs into a large pot, and kept the two of them alive. Madnoos enjoyed the meals and knew when it was time to make changes. They were both writers.

Not long after they had moved into the rooms, they were given two chameleons. First one, then the other.